A Dead Red Heart
#2 in the Dead Red Mystery Series 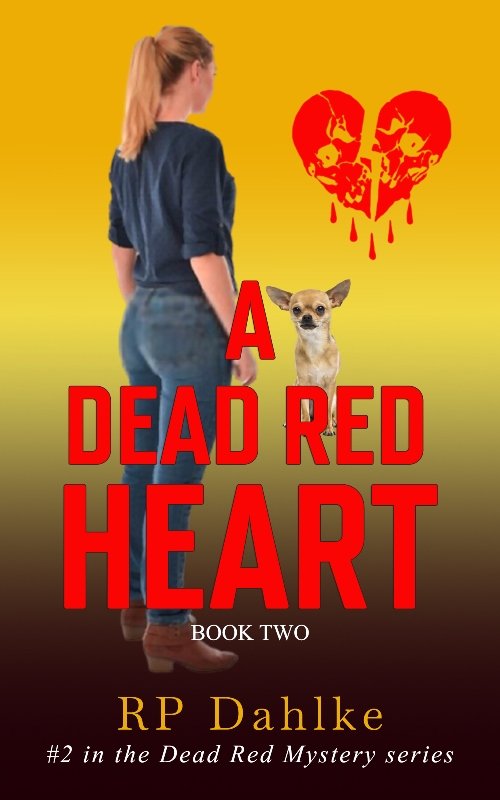 When a homeless Vet litters her beloved red Cadillac with poetry scrawled on paper snowflakes, Lalla decides to confront him. But that doesn't mean she wants the man to drop dead at her feet—with a pair of blue handled scissors sticking out of his chest.

With nothing but the man's last words for the police to go on, Lalla decides that someone needs to be on the side of this misunderstood vet, and that person will be the exasperating, pushy, tenacious, Ms. Lalla Bains. But digging into the man's past will only unravel a more potent question: What would you do if the love of your life lost their chance for a heart transplant because the donor organ went to a convicted felon? 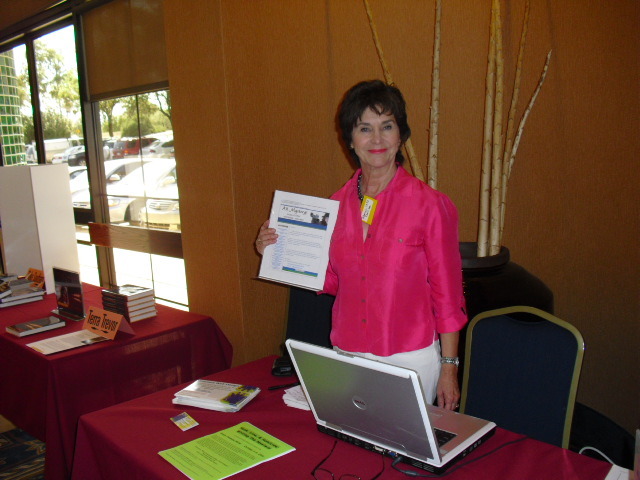 "Billy Wayne? Wake up! Come on now," I said in disgust. "This is getting out of hand. You've got to stop this nonsense."

I like having a man at my feet. Tough guys who grovel are my favorite, though I'm not averse to a little toe kissing when appropriate. I leave the toe kissing for those uneven date nights when my sweetie, Sheriff Caleb Stone, is not on duty and I'm not neck deep in summertime work as a crop duster. None of which had anything to do with the man presently draped across my feet. Dead drunk, I figured, looking down at the patriotic red, white, and blue ribbons binding his ponytail. I was too late for that heart-to-heart I'd come for—he was already out cold.

Caleb warned Billy that his continued attentions towards me would be ill advised and considered harassment—his words, not mine. Caleb's belief that a fellow Marine should always be able to pull himself out of the fire didn't take into consideration that Billy's alcohol-doctored post-traumatic stress disorder was not conducive to any such persuasion.

His obsessive interest in me stopped for about a week. Then, in the Save-Mart parking lot, I had to shove my way through a crowd surrounding my car. I stood with the rest of the slack-jawed gawkers ogling the fluttering white paper snowflakes acting as a second skin to my vintage Cadillac. With one hand I swiped up a handful, and with the other I waved off the spectators. "Practical joke, folks, nothing special."

I didn't have the heart to report this latest infraction to Caleb. Billy Wayne, I knew, was shy, easily startled and would panic if Caleb should feel compelled to make good on his threat of a restraining order. Instead, I decided I would confront him myself. Make him understand that his attraction to me, though flattering, was never going to go anywhere.

So that's why I ended up in the alley behind Mr. Kim's Chinese restaurant on a late afternoon.

I held my breath against the smell of garbage and knelt down to shake Billy Wayne's shoulder. He rolled away and onto his back, murmuring something I couldn't hear. I looked down at his dog tags. They seemed to be chained to a dark stain on his nearly new white T-shirt, and his hands were clutching a pair blue handled scissors sticking out of his chest.

In the gusty twilight, his paper snowflakes swirled into the air and cartwheeled merrily down the dark alley. I leaned in their direction, aiming for flight, for help, for anything that would get me away from this horror.  I would've succeeded too, except for the tight grip he had on my ankle. I squatted down next to him, gently pulling his fingers off my ankle.

"Billy, please, let me get you some help."

He was trying to speak, his breath choppy gasps as he struggled for air. "Too late," he said. "The more there is the less you see."

A speck of light shifted into shadow, crept across the dirty walls and disappeared. I jerked to my feet. "Help!" I croaked. The sound echoed back to me like a bad recording. Whatever I thought I'd seen was gone. I knelt again and touched his neck for a pulse. It was there and then it wasn't.

With a strangled sob, I struggled to get myself under control, and turned to go for the help he no longer needed.