All Mai-Lin Song ever wanted was to escape a cruel husband but she never imagined the opportunity would come so quickly, or so deadly.

And to think, she laughed when her fortune teller smacked a hand on the rickety table between them and said, “For thirty years I have listened to you whine about your unhappy marriage, but when I give you what you need to fix it, you dare to laugh? I wash my hands of you and your problem.”

Okay, so this wasn’t exactly what the woman meant when she handed her the little vial, but all she had to do was keep her nerve and she would have everything she wanted. She bit back the nervous urge to giggle as she remembered his urgent demand she stand in for one of his men as lookout for a heist. He positioned her at the entrance of a dark and smelly alley, shoved a gun in her hand and told her to use it only if threatened.

Fearing the sweat that seemed to leak out of every pore would cause the gun to slip, she switched it to her other hand and wiped her sweaty hand onto her backside That problem solved she tried to relax with some deep breathing but it only it made her dizzy and did nothing to help the irritating sweat dripping down her back.

After what felt like an eternity, her husband stumbled out of the door, yelling for her to put away the gun and run.

She hesitated, and her earlier resolve to use the gun on him evaporated. But then he had to go and yell, “Run, you fat, stupid bitch!”

Since no one would believe her capable of shooting her own husband; she could’ve said she didn’t recognize the masked man charging at her, gun aimed at her head, or she could’ve said he’d been caught in the crossfire and she fled for her life. Any number of simple excuses would suffice—except Mai-Lin Song was missing and so was the bag of money her husband had been carrying when she shot him.

Be sure to read next month’s newsletter for Chapter Two! 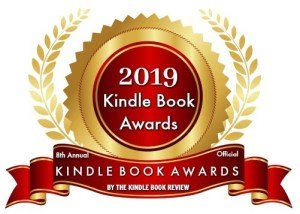 Receive a free e-novella as a welcome gift when you join!